Laura Flores Hernández is the astounding fourth voice of Gema 4, the outstanding women"s vocal quartet founded in July 1999 and also made up by Estela Guzmán, as leading voice, Odette Tellería, as second voice and Michelle Alderete as third voice.
The Gema 4 members studied at the "Amadeo Roldán" Conservatory the specialties of singing, choral direction, musicology and piano.  On one occasion, they joined their voices just for the sake of enjoying the harmonies they were capable of achieving and, unwittingly, discovered the magic of enchanting all those who were listening to them.
Their first performances were at the Casona courtyard in Vedado, Havana, where they sang at the "peñas" (clubs) convened by Marta Valdés, a remarkable composer.  In 1994, they recorded their first phonogram entitled "Grandes boleros a capella" together with the Spanish Cosmopolitan Caribbean Music company which became their discovery by the great audience and their international launching. >In 1998, Laura made her recording debut as soloist singing three songs for a record paying tribute to Sindo Garay, the Cuban composer.  Her versions of "Lo que es un beso", "La alondra" and "El huracán y la palma" became emblematic pieces.
But her musical career is intimately associated with Gema 4, the single women"s vocal quartet that sings a capella versions of Cuban songs with excellent harmonic arrangements.
With Gema 4, Laura Flores has performed in Europe and the United States and has collaborated  with soloists and groups of the stature of José Feliciano, Ibrahím Ferrer, Omara Portuondo, Ry Cooder, Buena Vista Social Club, Silvio Rodríguez, Chucho Valdés, Pablo Milanés, Bernard Lavilliers, the Camerata Romeu, Augusto Enríquez, Moncho, Elena Burke and Vocal Sampling, among many others.
For many years, Laura has developed, as member of Gema 4, a fruitful career in Spain performing Cuban traditional rhythms from the golden age (the 1940`s and 1950`s) as the guarachas, boleros or the cha cha cha.  The extensive repertory of this quartet includes songs from Miguel Matamoros, Ignacio Piñeiro and Alberto Vera, just to mention some, as well as songs from the "feeling" movement, a musical trend similar to the bolero though with jazz and blues influence which was very strong in Cuba, and Latin rhythms in fashion.  Those attending their performances are always astonished because they think these singers are supported by an orchestra and it is nothing but four wonderful voices.
Having such a broad musical spectrum, only using their vocal resources, is not an easy task.  But Gema 4 achieves its excellent interpretation thanks to the sound academic training of its members, their broad vocal tones capable of reproducing all sounds, from the deepest to the highest ones, and the vast experience attained in more than a decade. 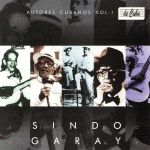