With the VI Prize and the Special Award for Artistic Mastery in the International Piano Contest "P. I. Chaikovski", Víctor Rodríguez placed himself in the elite of the pianists of his generation. Born in Havana, Cuba, on December 27, 1961, his musical education was under the guide of the notorious Cuban pianist Frank Fernandez, nourished by the values of the Russian Piano School and the Cuban traditions, and this is the secret of his approaches to the different styles and composers, showing a creative personality coloured by freshness, passion and aptitude to communicate with the audiences.

Víctor Rodríguez has offered concerts on stages of around 20 countries playing an exigent repertoire, which includes works of the most outstanding composers from the baroque to these days.

Víctor Rodríguez is also founder and President of the International Contest and Piano Festival "Ignacio Cervantes", in Havana, and he has been Professor and Chief of the Piano Department at the Higher Institute of Art in Cuba.

He has received important awards such as:

1978: First Prize in the National Piano Contest, National Association of Cuban Writers and Artists (UNEAC) Cuba.
1981: Second Prize and Silver Medal in the Latin-American Piano Contest "Teresa Carreño" in Caracas, Venezuela.
1986: Special Award to the Artistic Mastery and VI Prize (among 111 pianists from the most prestigious schools of the world) in the VIII International Piano Contest "P. I. Chaikovski", Moscow. He was the unique competitor who obtained 2 trophies and the only Latin-American pianist rewarded during this edition.
1986: EGREM Award for the Best Classic Music Album.
1996: Distinction for National Culture.
2001: Diploma to the Pedagogic Merit granted by the Ministry of Culture and the Higher Institute of Art, celebrating his outstanding educational labour.
2005: Alejo Carpentier Medal granted to the most prominent intellectuals in Cuba. 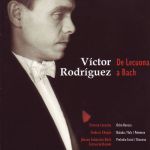