Singer.
Severo Alberto Borges Abreu, known as Lino Borges in the artistic world, was born on August 8, 1933 in Batabanó, a small town located 52 kilometers in the southern region of the Cuban capital, in a rural environment. Born in a family of peasants, he earned his living as cress collector and, when taking a break from work, he used to sing to please his fellow workers. Lino Borges began his career as vocalist in some musical groups in Batabanó, and when he was 16 years old he became a professional singer in J. R. González orchestra for several years.
Later on, also as a singer, he joined the "Universal" ensemble, created in the town of Melena del Sur, and the "Casablanca", "Casino", "Rumbavana" and "Saratoga" ones. For more than 20 years he performed with the latter, before becoming a soloist.
In 1960, José Paget (Velvet), recording manager, sent him "Vida consentida", composed by Homero Parra and performed as a Venezuela n waltz, and asked him to sing it as a bolero. The theme became his first great success not only in Cuba but also abroad, and since then a great number of contracts allowed him to perform in the most diverse scenarios. Afterwards, songs like "Corazón de cristal", by Enrique Pessino; "Moriré de amor", by Leopoldo Ulloa; and others, were resounding hits of his repertoire. In the 1960s, his privileged voice was gladly heard in every bar or juke-box across the Island.
In 1990 he was invited by Homero Parra to attend the activities paying homage to the 25 anniversary of "Vida consentida". On that occasion, his presence was the most outstanding artistic event of that year in Venezuela. One year later, he made an international tour with the Conjunto Saratoga, and his performances were considered as tokens of excellence. Once again, he performed at important bolero festivals in Venezuela and Colombia.
Records, radio and television programs, performances at popular parties, in renowned night centers and in the "Boleros de Oro" International Festivals in Havana, are some of Lino Borges´ long and rich artistic moments in his life.
His performances are included in the most selected bolero anthologies and he is, undoubtedly, one of the most important male singers of boleros in Cuba, together with Vicentico Valdés, Abelardo Barroso, Pacho Alonso, René Cabell, Ñico Membiela, Fernando Álvarez, Orlando Contreras, Orlando Vallejo, Tejedor and Roberto Sánchez.
He made his last life performances at the famous "Dos Gardenias" Bolero Hall in Havana, where he was considered a first-rate star.
He died on August 29, 2003, at the age of 71, and was buried in his native town in what became a touching manifestation of popular mourning. 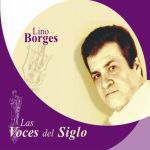 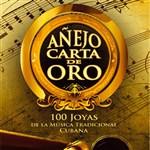 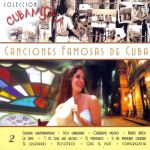 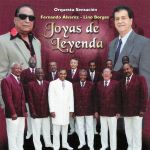