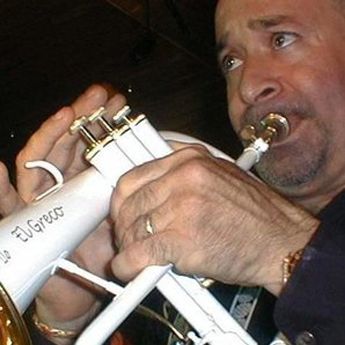 Trumpet player and composer.
José Miguel Crego Castro, artistically known as "El Greco", was born on January 25, 1958. At an early age, 7 years old, he started his music studies at the "Alejandro García Caturla" Conservatory in Havana, specializing in trumpet playing.
In 1970, being a student at the National School of Art, he already showed a great talent for improvisation.
His professional career began in 1976, with the Big Band at the famous Capri Hotel in Havana. Later on, he joined several music groups like "The Yacos" and the important "Afrocuba" band, with which he made his first international tour. "Afrocuba" was one of the first Cuban groups that performed in European jazz clubs such as the New Morning, in Paris or the Ronnie´ Scott, in London. Afterwards, "El Greco" joined the masterful Irakere orchestra, making many international tours and recording three CD: "Tierra en trance", "Ruta 43" and "Bailando así."
He also performed with the Orquesta Cubana d e Música Moderna and with the Galaxia group, with which he performed for several months in Center and South America.
In 1987 he was granted the First Award at the Jazz Open Contest for Trumpets, in Panama City.
In 1988, a group of renowned Cuban musicians "such as "El Greco"--, most of them coming from "Irakere", created the NG La Banda Orchestra, directed by Master José Luis Cortés. The Orchestra soon attained great popularity in Cuba and abroad, and as part of it, "El Greco" participated in prestigious jazz festivals such as: North Sea, Montreaux, Nice, Nantes, Normando and others in Japan, Brazil and Venezuela.
"El Greco" has recorded more than 40 phonograms. As musician and producer he has participated in several recordings, as well as in a series of 8 CDs aimed at teaching how to dance different musical genres. He has been invited to record together with important artists like Gonzalo Rubalcaba (CD Antigua), and his music for films like "Pareja de tres" (Spain), "Nazca" (Chile) and "Kyoto" (Japan) is worth mentioning.
He has shared the stage with outstanding artists of the music world such as Winston Marsalis, Chick Korea, Michael Legrand, George Benson, Dizzy Gillespie, Chico Freeman, Willy Colón, Oscar D´León, Frankie Ruíz, Héctor Lavoe, Cheo Feliciano, Ivan Lins, Gilberto Gil, Dave Valentine, and many others.
In 1997 he created his own band, called "El Greco" y su quinteto Top Secret", made up by talented jazz players. They have successfully performed in the most famous international jazz festivals and centers, and his discographic productions in this genre are highly appreciated. 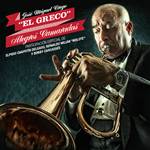 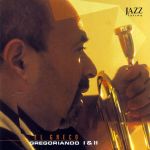 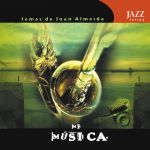 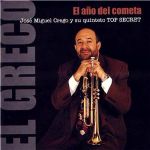 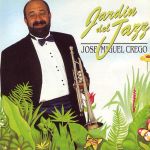 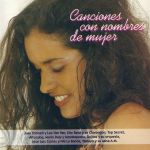 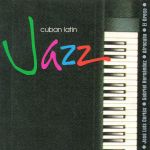