Bass player and composer.
Born in Havana in 1918, in the same house where the Cuban Patriot José Martí was also born in 1853.  His family had a great musical tradition of academic formation: "Cachao"´s grandfather, Aurelio López,  had conducted the Municipal Orchestra of Havana; his mother was a virtuous guitarist, pianist and bass player, and his brother - Orestes López - was a violoncello and piano teacher. It is considered that in the López family there are around 35 bass players.
At an early age, when he was only  9 years old, "Cachao" had his first experience in the musical world, playing the bongo in a youth musical band, and in that period he started  to study piano, bass, trumpet, and some percussion instruments. With 13 years old he joined the Havana Philarmonic Orchestra.
In the mid 1930´s, "Cachao" joined "La Maravilla del Siglo" ensemble, which later on would become the "Arcaño y sus Maravillas" Orche stra, where he stayed for more than 10 years. It is affirmed that Israel and his brother Orestes composed more than 80\\% of the repertoire of the Arcaño orchestra.
In 1938, "Cachao" and Orestes composed the danzón called "Mambo", where typical son syncopations  merged with flute improvisations, thus creating the rhythm afterwards popularized by Pérez Prado. Therefore, "Cachao" played a fundamental role at the beginning of a new musical era.
Around 1954, he joined the "Fajardo y sus Estrellas" orchestra, performing at  the Palladium of New York.  At the end of the 1950´s, while playing with Fajardo, he also gathered the most talented Cuban musicians in some Havana night clubs and streets, thus creating and promoting the so-called jam sessions (descargas). Those jam sessions were a spontaneous way of expression of the virtuosity of  Cuban musicians, capable of assuming all the native genres and musical free "improvisations" as well. Today it is even affirmed that these jam sessions are a true background of the now called Salsa music.
One of the great musical contributions made by "Cachao", besides giving a protagonist role to the bass, was taking the jam sessions to a recording studio for the first time. According to his own words, these recordings were made in only 5 hours and after midnight. In 1957, Panart made the first recordings, with the participation of  "Cachao y su Ritmo Caliente", the "Niño Rivera y su Cubans All Stars", "José Fajardo y sus Estrellas" and "Julio Gutiérrez y su Orquesta."
No one should miss "Cachao y su Ritmo Caliente" recordings such as "Malanga amarilla", "Descarga Cubana", "A gozar timbero" and many others, because they constitute an unprecedented approach to  jazz, based on the more genuine Cuban traditional music: Israel López "Cachao", of course, plays the bass, Guillermo Barreto, the kettledrums; Tata Güines, the congas; Rogelio "Yeyo" Iglesias, the bongoes; Gustavo Tamayo, the güiro;  Alejandro "El Negro" Vivar, the trumpet; Generoso Jiménez,  the trombone; Orestes López, the piano; Emilio Peñalver, the tenor saxophone;  Virgilio Lisama, the baritone saxophone;  Richard Egües, the flute, and "Niño Rivera", the tres and the guitar.
Besides these musicians, other virtuous music joined the jam sessions organized by "Cachao", such as  pianists Julio Gutiérrez and Pedro Justiz "Peruchín", the flute player José Fajardo, the trumpet player Armando "Chocolate" Armenteros, and the saxophonist José "Chombo" Silva.
At the beginning of the 1960´s , "Cachao" moved to New York, where he performed with the Tito Rodríguez, Charlie Palmieri, Johnny Pacheco, Joe Quijano, and Eddie Palmieri orchestras, and collaborated with musicians such as Hubert Laws and Dave Pike. In 1972 he moved to Las Vegas and performed together with George Hernández, Louis Bellson, Walfredo de los Reyes and the Las Vegas Symphonic Orchestra. Two years later he played at the Carnegie Hall of New York with the  Tico Alegre All-Stars.
Since 1962 up to 1977, "Cachao" did not make any recording playing as the main performer. For that reason, "Descarga 77", two volumes recorded by him together with outstanding musicians such as Marcelino Guerra, Patato Valdés, Charlie Palmieri, Alfredo "Chocolate" Armenteros, Milton Cardona and "Negro" Vivar, was an important landmark in his career. Likewise, he continued participating in different discographic productions together with Lou Pérez, "Patato" Valdés, Héctor Rivera, and many others. In the 1980´s, living in Florida, he took part in recordings made by the Conjunto Yumurí, Chano Montes, Hernán Gutiérrez and  the Miami Symphonic Orchestra. It should be highlighted that, besides his important work in the world popular music, "Cachao" has performed together with the most outstanding orchestras of classic music.
In 1993 he recorded the "Master Sessions" album, which that same year was granted the Grammy award, and then "Master Session Vol. II" (1995), nominated several times for said award.
Israel López is also the author of the danzones "Pueblo Nuevo" and "Buena Vista Social Club", included in the widely known phonogram edited under this last name.
Cachao´s artistic career is the best evidence of his great contribution to the Cuban music. 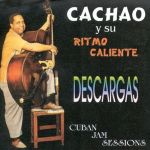 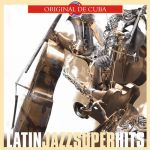