Singer.
She was born on April 6th, 1930 in Santiago de Cuba province and died in Havana in November 1998.  She began her professional artistic career in the capital of the country in 1950 as member of the dancing corps of the Martí Theater and the famous Tropicana Cabaret.  That same year, CMQ, the radio station, served as the launching pad for her successful debut before the public.
Her repertoire embraced the most diverse genres of the Cuban popular music specially the son, the guaracha and the bolero.  However, she became such a masterful interpreter of the guaguancó "modality inserted in the rumba genre- that Rita Montaner, one of the greatest and most universal Cuban singers, baptized her as "The Guaguancó Queen" and considered her as one of the most authentic performers of this genre.
Her matchless voice immortalized pieces like "Papá Oggún", "Echame a mi la culpa", "Que me castigue Dios" and "Echale salsita".
At national level, she  participated i n productions and musical revues in the main night centers and theater shows across the country and made countless tours throughout the island.  She formed part of the cast of star artists performing at the Tropicana Cabaret and shared the stage with Benny Moré in the well-known Ali Bar.
During her career, Celeste Mendoza also shared the stage with emblematic soloists and groups of the Cuban music such as Los Papines, the Aragón Orchestra, the Sierra Maestra Group, Fernando Alvarez and Blanca Rosa Gil, among many others.
At the international level, she performed in the most demanding scenarios in New York, the Olimpia in Paris (with the Cuban Music Hall show), Russia, Japan, Venezuela, Puerto Rico, Panama, Mexico, Spain ... and every and each performance afforded her an excellent recognition.
Celeste Mendoza never abandoned her popular roots and, with her unique personality and her combination of sensuality and impetus, she left her art and Cuban nature for posterity. 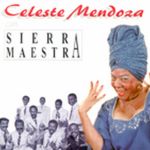 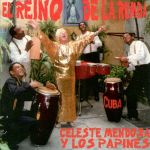 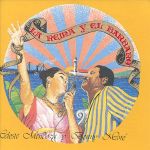