Singer.
José de Jesús Hernández Boza, known as "Laíto Jr.", was born on October 13, 1938 in Cienfuegos City and is the son of Estanislao "Laíto" Sureda, the wonderful Cuban singer who founded the famous Sonora Matancera.
Laíto Jr. made his first professional performance in 1956 as singer at the Conjunto Unión Fraterna, an ensemble where he sang well-known sones and boleros at that time.
Between 1957 and 1961, he joined Efraín Loyola`s Orchestra and sang with the Revelación Orchestra.  Likewise, during that same period he performed with the "Guanaroca" ensemble at the famous Jagua Hotel in Cienfuegos.  In 1962, he moved to Camaguey province and joined the important "Maravillas de Florida" orchestra for nine years until 1971 when he traveled to Havana and began performing for the popular orchestra led by Senén Suárez, not only as singer, but also as flutist.
Later on, he returned to Camaguey and rejoined "Maravillas de Florida" until 1993 when he began working with the outstanding Cuban musician Manolito Simonet and became part of the "Trabuco" group.  It should be mentioned that during that period, he performed with both orchestras in the recording of 13 phonograms and made a number of international tours across Europe, Latin America and Africa.
In 1997, together with his father, Laíto Sureda, and his son, Eduardo, on the piano, he founded "Laíto y su Sonora" orchestra where three generations of Cuban musicians merged.  Very soon, the orchestra was widely acknowledged by the audience in the island, for their first record entitled "Sonaron los Cañonazos" became a hit, specially its song "Idilio" of great popularity both in Cuba and abroad.  They made a number of international tours and became true idols in countries like Colombia.
In 1999, Estanislao "Laíto" Sureda passed away and his firstborn son continued his father"s fertile career.  The group, now called  "Laíto Jr. y la Sonora Sonora", became once more a success with the launching of the CD entitled "Sarandonga" on the market including pieces that penetrated the sensitivity and good taste of followers of this Cuban dancing music.
Recently, Laíto Jr. has also participated in the well-known Cubanismo project.
The son, the guaracha, the guajira and the salsa are traveling the world through his voice with great success thus demonstrating that Laíto Sureda`s legacy is everlasting. 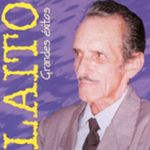 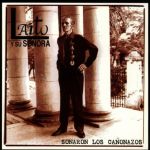