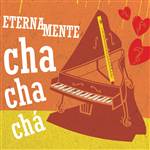 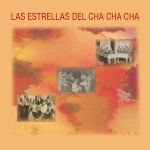 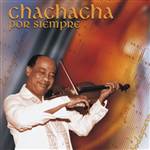 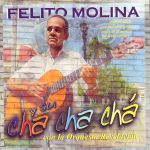 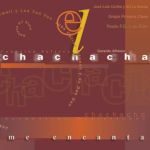 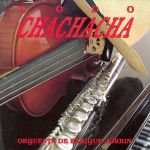 The contredanse, from Europe, arrived in Cuba at the end of the 19 th Century, long before Miguel Faìlde played the first danzón .   It was not danced in couples, but collectively, the so-called framing pieces.   The counterdanse was not only imported directly from Europe but also introduced by the French and their black and mulatto servants arriving in the eastern region of the country as a result of events derived from the Haitian Revolution.
With time, the French counterdanse assumed a "Creole character" resulting from the same formation process endured by our music and introduced African elements in its rhythmic dances. It was soon called the Cuban counterdanse and, then, Cuban dance.   So the dance in couples replaced the figurative coreographies though it seems that both dancing forms coexisted even with the first danzones .   These dances were the most immediate precursors of the danzón.
The typical or wind orchestras, which were already "sounding" in Cuba since the 18 th Century, were the first musical groupings who interpreted this new genre.   They included two clarinets, a cornet, a piston trombone, a figle , two violins, a double bass, the kettledrums or pailas and a guiro .   These orchestras reached their highest splendor during the 19 th Century.   Beside the Faìlde Orchestra and, as examples, we can mention the Flor de Cuba and Félix González typical orchestras.
In 1910, when composer, clarinetist and conductor José Urfé created his piece entitled 'El bombín de Barreto', which gave birth to a new stage in the development of danzón , other typical orchestras were already well-known, namely, Enrique Peña or José Belén Puig orchestras.   The danzón was already consolidated and was then in full swing.
Just a few years after, the so-called French charanga orchestras, danzoneras par excellence since their inception, came into being.   At the beginning, the charangas had only one violin but, afterwards, two other violins were added and today this is what typifies, together with the flute, the sound of the Cuban charangas .   The great pianist and composer Antonio María Romeu is an essential representative in the history of danzón not only for being the creator of the charanga , but also for his important work with over 500 danzones composed, among them 'La flauta mágica' and others of great popularity.
The emergence of the charanga marked the decay and further disappearance of the typical orchestras. The most famous Cuban charangueras include Melodía del 40, the Neno González Orchestra (founded since 1926), the Aragón, América, Sensación, Ritmo Oriental, Original de Manzanillo and many others with similar prestige.
The Arcaño Orchestra is also worth mentioning for its contribution to the danzón and the formation of other musical genres.   This great flutist introduced the tumbadora sound in the charanga format, thus strengthening the rhythmic section. Arcaño y sus Maravillas Orchestra included the best musicians at that time, namely, flutists Enrique Jorrín and Félix Reina, Israel 'Cachao' López (double bass) and Orestes López (violoncello).
Arcaño y sus Maravillas Orchestra included many of the best musicians at that time, namely, flutists Enrique Jorrín and Félix Reina, Israel 'Cachao' López (double bass) and Orestes López (violoncello).   The latter, composer of a danzón entitled "Mambo", was together with his brother Israel one of the creators of the "new rhythm" imposed and developed by this orchestra that revolutionized the danzón style during the 40`s.
Another indispensable musician of our musical history is the violinist and composer Enrique Jorrín.   After playing with Arcaño, he joins the América Orchestra with whom he created the internationally famous cha cha chá rhythm.
Jorrín himself has stated that he realized that the dancers had some difficulties when dancing the danzón-mambo , in vogue at that time, due to the syncopated rhythm so he started playing melodies which were "...almost danceable by themselves..." "...without the need of an accompaniment, with the least syncopated rhythms possible..."   In that way and with the charanga format as the ideal vehicle, the cha cha chá stemmed out from the new rhythm danzón.
But it would not have been so successful without the creative talent of Jorrín and other composers.   Classical examples of the Cuban music are 'La engañadora' and 'El alardoso' by Jorrín himself; 'Los marcianos' by Rosendo Ruiz Quevedo; 'El bodeguero' by Richard Egües; 'Cero codazos' by Rafael Lay, among many other pieces internationally known.
Many charangas had been outstanding in the dissemination of this genre.   But if one were to be stressed above all, that would be the extremely famous Aragón Orchestra.