Extraño corazón is one of the most popular rock groups in Cuba.
They made their first presentation in March 1992 as a duet, with Javier Rodríguez as guitar player and Roberto "Keko" Fajardo as singer and harmonica player. In 1994, they became a band, format still maintained until now. Their work includes elements of  country and folk music as well as the blues.
Their first recordings gave them access to Radio Progreso studios, in Havana, to carry out, in 1994, the first Unplugged of Country Rock in Cuba. This demo tape called "El Inútil Sueño de Jessie Rainbow", marked their definitive insertion in the Cuban musical  world through the Disco Ciudad program  (broadcast by Radio Ciudad de La Habana) whose director, Juan Camacho, made the Group known for the rest of the radio stations in the country.
After many successful presentations, the Karl Marx Theater gave them the "Atril" Hall to make their informal musical meetings, a place where they performed on a weekly basis having other Cuban rock bands as guests throughout 1995 and part of 1996.
Spain, the United States, Mexico, Argentina and the Netherlands showed a sustained and growing interest in this band. Different publications, magazines and newspapers with articles about Extraño Corazón have contributed to the dissemination of their music through  several radio stations in these countries, specially in Spain, where over a dozen  broadcasting stations daily promote the Group.
Renowned magazines like Heavy Rock (Spain), Kerrang (England), have published excellent critics about the demo "El Inútil Sueño de Jessie Rainbow", and the newspapers El País; Lanza and La Tribuna (Ciudad Real), also referred to the work of the group through pictures, statements and interviews.
The most outstanding alternative magazine of Hispanic Rock in the United States, La Banda Elástica (Los Angeles) as well as the Spin (New York), the Magyar Narancs newspaper (Hungary) and dozens of press releases have mentioned the work of Extraño Corazón.
This rock musical band has participated at the main festivals held during the last years: Rock vs AIDS, the Summer Rock Festival and the Rocketazo. Likewise, they have performed and participated in concerts held in important halls like the "Café Cantante" (National Theater), the National Fine Arts Museum, the Center of International Press, the Union of Journalists of Cuba, the America Theater and "Casa de las Américas" cultural center.
They participated in the discographic Collection "La Isla de la Música",  that compiles  the many Cuban musical genres and their performers. This collection included some of their more famous themes: "El inútil sueño de Jessie Rainbow", "Cristal al caer" and "Viento gitano."
Extraño Corazón has often performed abroad, specially in Spain.
In 2002 they were nominated to the Cubadisco Award, the most important one of Cuban discography, in the Rock music category, with the CD entitled "No preguntes", produced by Unicornio Label, Abdala Productions. 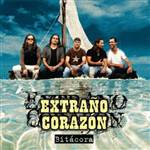 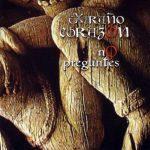