THE ADN (DNA) OF CUBAN MUSIC 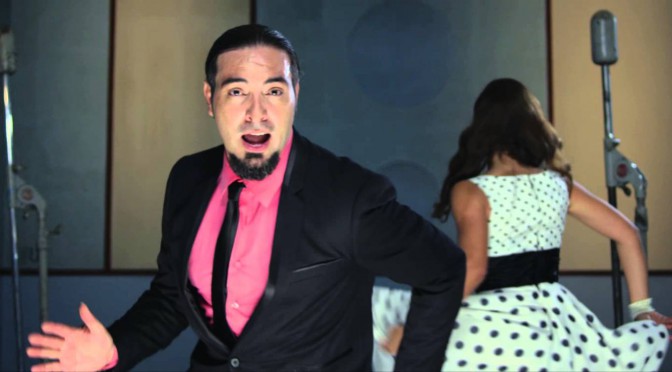 First bassist replacing Juan Formell in Los Van Van; also singer and keyboard player of Irakere; musical director of Celia Cruz's and Isaac Delgado's bands; bassist of Paco de Lucia... Alain Perez himself talks about his latest production with Cubamusic.com.
Cubamusic.com has launched to the world this awaited production under EGREM record label that comes after the success of "Hablando con Juana" (Bis Music, 2014) also available in this platform. This new album includes 12 tracks that, according to his creator, "reaffirm the musical sound of the band and are closer to the best tradition of son, guaracha and salsa. The essence of Cuban music."

- What does ADN mean in Alain Perez's musical career?
"It is a 100% Cuban CD. Recorded in Cuba by Cuban musicians. It is a journey to our traditions, to my roots. In ADN there is a little of every band I have been playing for: a little of Isaac Delgado, Irakere, Los Van Van, Paco de Lucia...

The new album reaffirms the artistic trend of Alain's band and exemplifies the fusion of elements of contemporary popular dance music with more restful genres like son and bolero. That is the case of Flor en Flor, a tasteful son that sends us back in time.

- In this new album you produce, arrange, compose and sing in the same way you are used to wear many hats at one time. What was your experience in this occasion?
"I like to get involved thoroughly in my productions. Not limited to solely sing, I decided to arrange and compose all melodies. This CD allows me to pleasurably enjoy the company of my father, Gradelio Perez, who created some of the texts together with composer Juan Antonio Gil. Results from this union were songs like Peligroso ladrón, Con corbata y sin cabeza, Lloraré, and ADN itself."

- Customary and spicy texts with daily life dressing, formidable arrangements, an impeccable execution on musical instruments and an exquisite vocal interpretation make ADN a jewel of contemporary Cuban music. Did you expect a nomination to the Latin Grammy?
"Not at all. It was an absolute surprise. The CD was nominated to the Cubadisco's Popular Dance Music category, which was great for me but it later got a nomination to Best Salsa Album in the Latin Grammy and that was a far larger surprise. To be among the five finalists in that category is already a huge award."

- Participation in ADN includes varied guests such as Omara Portuondo and El Micha. What originated the idea of taking on such different styles?
"It is true that featuring artists is very popular given the possibilities of approaching different audiences. It was a huge pleasure to invite musicians as important as Ruben Blades and Omara Portuondo to sing in my CD. That is not business as usual. With Osain del Monte we paid homage to rumba. In my opinion, El Micha is one of the most genuine and talented musicians in urban music. For that, I took a chance to have a song together. I was also privileged to have the late Guajiro Mirabal in the trumpet. Perhaps his last recording was immortalized in my disc.
For all these details I am very happy and pleased with the results. I am proud of ADN. I especially want to thank those who helped me and I hope that dancers and audiences may enjoy my songs."

- It is always surprising the way you play multiple instruments. Which is the most comfortable to you?
"I really feel very comfortable with the bass but my voice is the instrument that makes me happier."

Alain is very charismatic and he is full of a contagious energy and feelings in rumba clef. His hands rest for a while since he is always beating time and confesses as he taps on the table that "one day I would like to try to unplug myself from music, to stop thinking about it. It will be virtually impossible. I am always thinking about sounds even when I am sleeping."

- How do you rate Cuban popular dance music?
"Some years ago the state of Cuban popular music was pretty declining. Interest and taste for our music's aesthetics had been lost in great extent. Luckily, that belongs to the past. We own a colossal musical heritage and legacy, and we must protect them at whatever cost."

- Where can Alain Perez and his band be found?
"We have a regular space at Casa de la Musica de Miramar (3308, 20th avenue corner to 35th, Miramar, Havana) every Thursday from 5:00 pm to 9:00 pm. It is a very cozy place and the dancing audience always has a great time. For January we are going to be touring Western Cuba at a small scale to promote the CD."

For more than 20 years of artistic career, Alain Perez has been praised by specialized critics. His talent and unique way of interpreting encode his musical DNA (ADN) which is comprised in his latest production. Now, it is time to enjoy it.