Pianist, composer, professor, musical arranger and producer.
Andrés Alén Rodríguez was born in Havana, Cuba, on October 7, 1950. He is one of the most talented pianists of the second half of the 20th century in Cuba. At a very early age he received piano classes from his father Osvaldo Alén, a well-known musician of the piano-bar of Havana, who also taught him the intense and colorful Cuban popular music played at that time.
This were golden years for Cuban music, which disseminated across the world. In 1955, the Alén family settled down in New York City, where Andrés got in touch with the Latin musical world. Many famous artists, not only from Cuba but also from Mexico, Puerto Rico and other Latin American countries received music lessons at his father´s Studio, in 53 St and Broadway. In 1961 the Alén family returned to Cuba. In 1962 Andrés entered the Escuela Nacional de Arte (National School of Art), receiving piano lessons from Margot Díaz Dorticós and Cecilio Tieles and e stablishing contact with its whole staff of outstanding music professors. In 1970 he concluded his studies with excellent academic grades and began his professional life as concertist and piano professor. Likewise, he wrote his first compositions and started performing as a popular music interpreter and composer. After a postgraduate course in Cuba with the Soviet pianist and professor Vitali Dotsenko, Andrés Alén was granted a High Level Music Studies scholarship at the P.I. Tchaikowsky Conservatory in Moscow. For three years he was professor Lev Nicolaevich Vlasenko´s disciple and learned everything he could from the powerful and developed Russian piano school. In 1976 Andrés returned to Cuba as a sound and sophisticated technical pianist, with aesthetic values transformed by his now large musical culture.
An intense period of concerts and tours started. He performed with the National Symphonic Orchestra, and with the Symphonic Orchestras of Matanzas and Santiago de Cuba. He made his first concert tours through the Soviet Union and Czechoslovakia and also gave concerts and master classes in India, the German Democratic Republic and Poland.
During the 80´s he was a piano professor in Havana most important schools and conservatories. At the same time, his work as composer broadened, increasingly linking these activities with more rigorous works in the different fields of popular music. At this initial period, the jazz or Cuban Jazz was perhaps the most cultivated musical genre.
In 1989 he joined the trumpet player Arturo Sandoval ´s musical group, playing not only the keyboards, but also making musical compositions and arrangements. In 1991 he joined the Perspectiva group and worked with it up to 1995. With both groups, Alén had an intense international activity and developed his abilities as jazz player and musical arranger.
As educator, he trained several generations of pianists who have obtained national and international awards, so his most relevant activities as educator included the conveyance of piano performance to his students in a very Cuban way. Alén has been able to turn Cuban music, not only into a vehicle to learn "the Cuban flavor" but also into a vehicle to better learn the music, thus granting a universal scope to his projection as educator.
The 80´s marked the real taking off of Alén as a composer, although previously important works had already emerged as the well-known "Danzón Legrand" in 1968, the "Tema con variaciones y fuga" for saxophone and piano in 1978, his "Seis preludios para piano", and the "Tema con variaciones sobre un tema de Silvio Rodríguez", among others.
During the 90´s, Alén reaffirmed many of his personal style features. During this time, he developed very deep-feeling works within his main creative technique: the merging between the most refined European classic traditions and the most authentic forms of creating and interpreting by Cuban popular musicians in the 20th century. In general, his style is framed within modern trends and is characterized by the use of conventional formal structures, such as the multiple tones and modalities and very daring harmonic sequences. Among the most important awards received are the Great Cubadisco Award in 1999 with the CD "Estás conmigo", to pay homage to Bola de Nieve recorded together with singer Miriam Ramos; the Cubadisco 2000 Nomination with the production of the CD "Miradas Furtivas", edited by Unicornio label; the Cubadisco 2001 Nomination in the category of concert soloist with the CD "Pianoforte", Unicorn label; the Cubadisco 2001 Nomination, in the category Antología de Versiones with the CD Canciones de Navidad, also by Unicornio. In 2001 he was nominated for the LATIN GRAMMY with the CD "Pianoforte", in the category of Best Pop Instrumental Album. 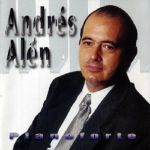 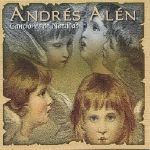