The name Yoruba Andabo is formed by two words of African dialects whose meaning relates with "friends, admirers and followers of the yoruba lands and cultures."

Its background dates back to 1961, when several deck workers in Havana created the "Guaguancó Marítimo Portuario" group, later on called Yoruba Andabo..

In 1986, Yoruba Andabo was invited by the Cuban troubadour Pablo Milanés to participate in the celebration of the 35th anniversary of the EGREM recording label. On that occasion, the group met the renowned folkloric singer Merceditas Valdés with whom they developed an important work for the Cuban musical legacy.

In 1994 they definitively take the name of Yoruba Andabo Folkloric Company, made up by 16 artists (singers, percussionists and dancers) who carried out a professional work in the most important genres of the profane religious music, including the Yoruba, Congo, Abakuá, Rumba and Cuban Conga cycles.

Yoruba Adabo has performed in Cuba, Colombia, Canada and the United States, among other countries. Its presence is acclaimed at the most important folkloric music events held in Cuba and elsewhere. Their presentations in PERCUBA, at the World Music and Dance Festival in Toronto and in the 15th. Annual Expression International Festival in New York constituted great successes for the Cuban music.

Every genre performed by this Company is a true example of the authenticity and versatility required to assume the folkloric and popular traditions, always representing the vast diversity of the Cuban essence. 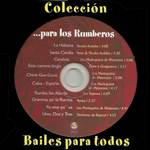