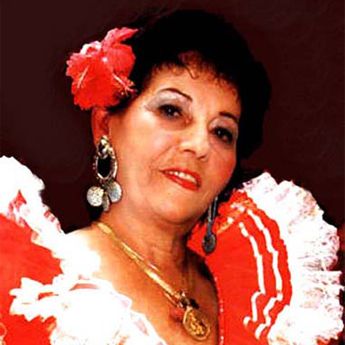 Singer and composer.
In 1947, she made her debut together with Reutilio, her husband, at the Cadena Oriental de Radio, the radio station.
"Santa Bárbara", her first work composed in 1948, was first launched in November that same year at the Radio Cadena Suaritos, when she made her debut beside her husband, Reutilio, in Havana.  The song"s theme became a resounding hit and allowed them to be included in the most important radio stations in the city.  In 1950, Celina González burst into RHC Cadena Azul, the public"s favorite radio station specialized in disseminating the best Cuban music of the time.  That same year they made their debut on the television and composed "Yo soy el punto cubano", song that became an immediate hit among the public.
Celina and Reutilio`s music is mainly characterized by the combination of popular genres, specially the son and the guaracha, as a way of singing the praises of lif e in the Cuban countryside.
They were both demanded in prominent national and international scenarios, as well as in the movie.  Celina and Reutilio performed in Havana scenarios together with artists of the stature of Pedro Vargas, Lucho Gatica, Los Chavales de España and Daniel Santos and, at the Tropicana Cabaret, they shared the stage with Nat King Cole.  They traveled to New York on two occasions and participated in the "Rincón Criollo" and "Bella la salvaje" films.
The couple, joined in life and art, enjoyed a broad popularity and artistic recognition until their separation in 1964.  Since then, Celina began her career as soloist and, in 1981, her son Lázaro joined her to create a duet again.
In the 1980`s, Celina and Lázaro Reutilio intensified their contact with the foreign public.  In 1984, they performed at the Cali International Fair before more than 25,000 spectators and then realized that those songs previously popularized by Celina and Reutilio were still intact in the preference of the audience.  But, it was not only in the American continent that the country music performed by Celina González became a hit.  In England, Celina`s name occupied the second place in the local hit parade and one of her records reached the second place in sales.  In Sweden, her success was so meaningful that, during the 1998 Divas Festival, after singing 24 songs, they had to sing some of them again.
In Colombia, she is known as "La Doña" or "La Diosa de Cuba" (Cuba"s Goddess) and has performed in that country on more than 30 occasions.  Audiences from the United States, France, Spain, Mexico, Ecuador, Peru, Angola, Mozambique, Zambia, Panama, Argentina and Greece have been witnesses of her success.
The broad recording production of Celina González has won her four Golden Records as best-sellers in Colombia and one in Africa awarded in 1991.
Her compact disc entitled "50 años como una reina" received the special award at the Cubadisco Festival and a nomination to the Latin Grammy Award in the United States. 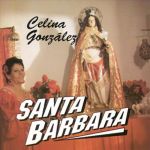 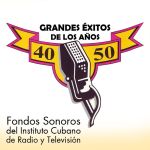